Okay, before I go any farther, I just want you to know that this post contains spoilers for the continuation of Luther: Season 4

.  If you haven’t seen it yet, watch it before you read this post!

Not worried about spoilers then?  Perfect!  I can get on with it.

I assume you guys have heard at least one version of the song Tainted Love.  It was originally sang by Softcell, and to be honest, the only thing that song made me think of was The Coneheads. (props if you get this reference without peeking, eh eh!)

When I was in college I heard the Marilyn Manson cover.  The man’s gritty voice and the metal riffs actually gave me the impression that something tainted was going on, and I loved it.  A few years after that, a friend of mine recommended a BBC show on Netflix called Luther, and after watching only a few episodes I was hooked.

I’ve kept up with the series over the years and these are the three things that kept me coming back: 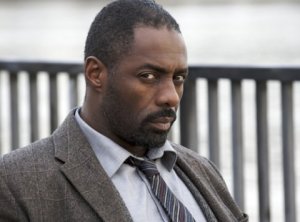 3. And the tainted, almost romantic, relationship between them.

Each of the characters alone are worthy of a Great Character post (which they will get soon), but right now I just want to focus on the relationship between them.

To give you the quick and dirty version of their relationship:

Alice is a killer that DCI John Luther knows murdered her family, but she so brilliantly destroyed all the evidence to prove it.  Despite not having proof, Luther confronts her and warns her not to step a toe out of line or that he’s going to be coming for her.  Instead of terrifying her, Alice is fascinated by, and quickly obsessed with, the titular antihero.

What starts off as a psychopathic stalker, turns into a strange friendship, and even later in the series acquires a strange romantic spark.  Sure, it’s recognized more by Alice, which is odd for a psychopath, but Luther doesn’t do much to discourage it.

Before I could see how this match made in hell could progress, they kill her off but I’ll save you from my irritation at this.

The point I do want to illustrate is, look how odd and complex that budding romance truly was!

So many times, we hear the word “romance” and we tend to think of books with Fabio on the cover, or something sappy like a rom-com.

But here, it has an extremely dangerous edge.  Now, if you haven’t watched the show, it’s going to be hard to understand exactly how something like this could work.  The only quick way I can explain it is that not only is the character John Luther a genius, but he’s not exactly a white knight either.  He has much more in common with the red-headed psychopath than even he’s willing to admit.

To me this is the best kind of romance to read/watch/whatever.  Romances born of the darker parts of the character’s personality are much more interesting because they don’t bring out the best in each other.

Often times they bring out the worst.

Personally, I’ve always found people’s bad behavior much more interesting.  I mean come on, it’s taboo, edgy and sometimes shock inducing.  All pieces that, to me, make up a great story.

Plot devices like this can, and will, not only strengthen the creative factor in your story, but also give it a unique flavor.  While I haven’t found a time and place to use a romance like this quite yet, I am definitely looking forward to the day that I can work this into a story idea that I have.

It’s an odd twist on an old device, and that’s never something bad to have in your story.

So what do you think?  Agree?  Disagree?  Are you a fan of Luther?  Are you fan of Alice Morgan like myself?

Whatever this post brings to mind, please leave it below in the comments.

Feature image compliments of Jason Clapp.
I own no rights to the Alice Morgan and John Luther photographs.  If you want me to take them down, I will.  Please contact me.