Right now I bet the sports fans out there are a little confused.  “Who is Jack Driftwood and what the hell is the NAFA?”, are probably two questions going through their minds.  Well here’s the answer.

Jack Driftwood is the main character in Driftwood

by Ray Bentley.  He’s another author in my little Five Count Publishing family and I’d like to give him some credit where credit is due.

The quick and dirty version is that Jack Driftwood is a veteran linebacker in the NAFA, North American Football Association, and he plays for the Buffalo Blizzards.  The story tracks through a football season, and let me tell you, he gets up to a lot more than just exes and ohs (no, not the song).

Not only does, “Drifty”, as his teammates call him, get romantically involved with the franchise owner’s beautiful daughter, but he also gets wrapped up in the exposure of epic proportions.  This book really has a lot to offer everyone.  From romance, to intrigue, and all the football in the middle, the plot will definitely not leave you hanging at all. 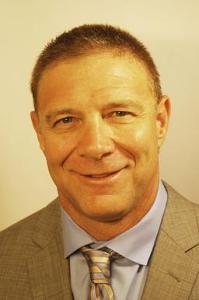 The biggest thing that made this book stand out to me was that it gave me an appreciation for, not only football but, all other sports and their athletes.  I’ll be honest, I was never the biggest sports fan, despite being surrounded by it in my daily life.  Not being a sports fan in Buffalo, New York is like a Jewish guy walking around the Vatican.  Something just doesn’t sit right, if you know what I’m saying.

That appreciation comes from the simple fact that it was written from an insider’s point of view.  As you can see here on his author page, Ray actually played the sport himself.  The book was written by someone who knows the ins and outs of the industry from both angles, player and coach.  I’ll be honest, I never realized so much went into the sport, then again I never really gave it much thought.

On another note, the idealized version of Buffalo, NY (where I grew up and currently reside) is quite the idealized and almost romantic one.  There’s reference to the stadium we all hope to be built by the waterfront.  In the book, they call it the Wigwam, a giant football stadium/casino resort.  It’s an epic vision, and one I wouldn’t mind seen built.  Also, the ficitonal team of this idealized Buffalo, the Blizzards, are just real enough to get everyone rooting for them.  They are cursed with the same 0 – 4 Superbowl record as our actual Buffalo Bills, but in the book you see them get a chance to turn it around.

I promise, not only is it a very well done and very entertaining book with all the quirky and too crazy not to have been based on real events shenanigans, this book has even more to offer to the Buffalonians out there in the world.  I would definitely suggest reading this book to anyone at all, sports fan or other wise, but I would definitely recommend anyone from Buffalo reading Driftwood

I’m telling you, it’s going to give you a little shiver, even if you’re as disinterested in sports as am I (what heathens we are.)

So what do you think?  Agree?  Disagree?  Think I’m crazy?  Whatever your thoughts are, please leave them in the comments below.