I honestly have no idea how to describe it but, for some reason, something just makes me want to like Iggy Azalea.

Now, before I get into it, yes I will admit I’ve had more than a few of her songs stuck in my head after hearing them on the radio, and yes I find her attractive, but honestly… that’s just not what I’m talking about.

From the moment I saw her, something in my brain just said, “I want things to go well for her.”

This is not a unique phenomenon, in and of itself, because I’ve had those moments before about men and women, and not just celebrities.

It’s all the way from people I’ve met on the street, to someone I can’t turn on the TV without seeing in full 1080p at least 10 times a day.

I never really understood that impulse, and maybe it’s something we all have in common but no one talks about, but when I was reminded of it the other day I honestly started to examine it.

Why do I do that?

If only my confusion paid so well….

I mean yeah, it’s not insane to wish well upon your fellow man.  We do it all the time on a global level, and in some ways it’s probably built into our very nature.

But with me it’s different.  I’m a much more se’ la vie type.  Usually the only thought I have in this regard is, “I hope you get everything you deserve.”

If that’s good or bad, then I believe that they’ve earned it one way or another. 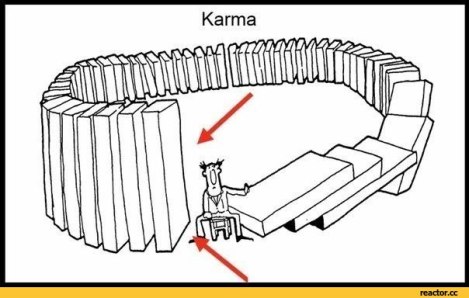 I wonder what happens when I do this?

So why are Iggy Azalea and the other recipients of this odd sense of good will so different to me?

After much examination, I’ve honestly come down to one explanation that makes any sense.

I see myself in these people.

I see Iggy Azalea as someone who’s following her dream, and making a killing at it.  The backlash she got over being a, “poser,” or a, “fraud,” or whatever just bothers me.

It’s just annoying when you’re outside of the mainstream and everyone else suddenly develops an axe to grind because you’re not one of two things:

So in that regard I’m going to give Iggy a high-five and to tell her to keep kicking ass until they throw her out, and hey, even after that, a few parting shots wouldn’t be frowned upon either.

I totally want this t-shirt, by the way.

And as for being a poser or a fraud?  Well I think that’s ridiculous.

People who do not make their money from a creative endeavor.  I.e., anyone who solely has a job where they punch a clock for a living.

Now don’t get me wrong, I’m not saying that people in these jobs and careers CAN’T be creative.  And I’ve seen many people who work in insurance, general contracting, etc, innovate, and come up with very, VERY, interesting things.

What they do NOT understand is that, there is no such thing as an, “overnight success.”

People who choose to make a living from creative endeavors have put in years and years (roughly equating to 10,000 hours if you believe that theory) to master their craft to a point where they can be marketable.

No one who’s a fraud or a poser would do that.

Only someone who REALLY wants to pursue that craft does that.

Is her whole image and final product a little counter-intuitive to what we expect to see?

Does that make her a poser?

So to recap, I want Iggy and a whole slew of other, “oddballs”, as we have come to be known, to do well.

Anyone who doesn’t like that… well, too bad.  You can go kick rocks.

Oh Vince, why have you forsaken me?

So what do you think?  Agree?  Disagree?  Think I’m nuts?  Whatever you do think, leave your thoughts in the comments below.

I own no rights to the cover image or any of the images used in this post.  If you do, and want it removed, please contact me through this site and I’ll handle it.