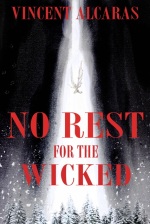 Nicolas Docrenzov is a dangerous ex-con trying to escape his violent past.  After moving to Los Angeles and being offered a job at Venezia, a gentlemen’s club, owned by the alluring and glamorous Isabella Rossi, he believes his fortune has finally begun to change.  Read More.

I am currently working with Five Count Publishing.  To learn more about them, click their name to go to their company site.